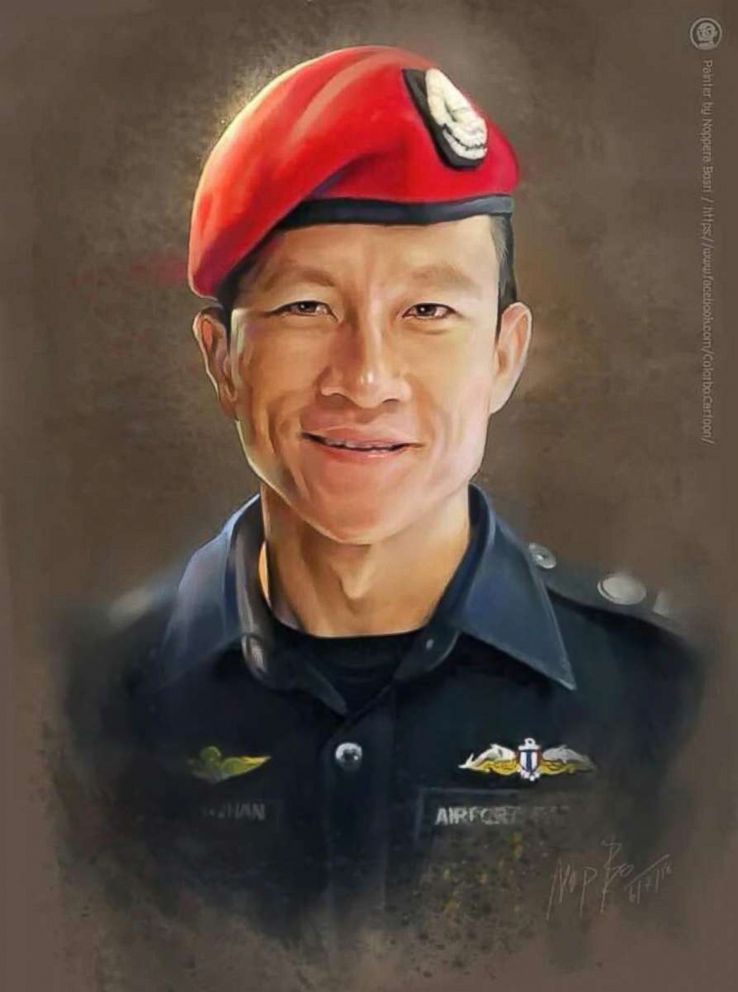 Hello and welcome back to the happiest place on the internet, the ‘Happy Wednesday’ column on theblackunicorn.blog. The theme this week is ‘coming home’. There is a lot of good news in the world at the minute and I can’t wait to share it with you. Think of this weekly post as your weekly online vitamin boost.

It would be wrong to start with anything other than condolences to the family of Petty Officer First Class Saman Gunan, the Thai Navy Seal who died last week in the rescue attempt. The fact that all of the boys and the coach were rescued feels like a fitting tribute to him. Obviously this is a well known story and now videos like the one below are coming out, we are beginning to see the level of danger that was involved with this mission. There are secondary benefits to this story, with Thailand, a country that has deep divides, united in support for these boys. 12 young boys and their coach have been saved, and their country has been, for a moment at least, united. When the only downside is that they won’t be allowed to watch England lift the World Cup on Sunday, you know it’s a good story: I think them going home will offset their sadness at not seeing football go home (hopefully).

The girls are going home

What would you do if you were riding on a train and, in your carriage a group of young girls, aged between 10-14, were clearly distressed? Would you feel uncomfortable, but do nothing? Or would you, like Adarsh Shrivastava, create a Twitter account and send the message below?

I am traveling in Avadh express(19040). in s5. in my coach their are 25 girls all are juvenile some of them are crying and all feeling unsecure.@RailMinIndia @PiyushGoyal @PMOIndia @PiyushGoyalOffc @narendramodi @manojsinhabjp @yogi

Turns out the girls were going to be trafficked and the men that were transporting them were arrested. The families have been contacted and Shrivastava is a hero. Except he doesn’t believe he is. He has responded to those that have lauded him with “Thanks, but as a citizen of India, it’s our responsibility to help people.”

I understand what he’s saying, but I’m not sure he’s correct. Most of us have heard the parable of the good Samaritan. It is an iconic story because the Samaritan stops to help. The people that walked past the injured man are representative of  most people: those, like Shrivastava, that go out of their way are special.

I don’t know if you’ve heard, but England have a football match tonight. They have gone further than any English team since 1990. The team is young, exciting and looks like a grime boy band, as I’ve said before. One of the best things about it though, is the memes. My goodness, the memes. I’m finishing today with a ranking of the memes. Good luck England: I hope you make the final against the Pan-African expats.

This one gets credit because the original source material, The Wizard of Oz, feels fitting for this England team. Like the characters in the film, England seem to be on a redemption quest. Very solid work.

Good morning everyone, here's a matrix/coming home meme to get your day started:

This one is brilliant and can feel a little unlucky to only be at number 4. Whilst the film used is superb, if you’re going to make edits, I feel you need to go the whole way. Imagine that same scene, with Harry Kane’s face superimposed onto Neo’s and Southgate’s onto Morpheus’s. That would have made the edits better. Still, amazing job. Onto the top 3

We have a winner 😂😂 #itscominghome pic.twitter.com/BgSrLn6nJ2

How to make a classy meme. Great film? Check. Anchorman is an all-timer in the comedy genre. Minimal edits? Check. bonus points because the edit made here, having someone play It’s Coming Home on a flute adds to the comedic element. This being at number 3 is a reflection of the level of competition.

Whoever done this has too much time on their hands, unreal though 😂👏🏻🏴󠁧󠁢󠁥󠁮󠁧󠁿 #ItsComingHome pic.twitter.com/QnAac2RGSK

This meme is close to perfection. The quality of the edit and the film are superb. There is nothing wrong with this meme. Just watch and enjoy. Probably more than once.

Had to jump on the bandwagon, the only way I knew how…#ItsComingHome pic.twitter.com/9LtDNxiupA

This is perfect. It perfectly captures the English sense of awkwardness and humour. The mix of the music and the clip work seamlessly and in David Brent, we have the über Englishman. I just hope England win so we can see more of these memes. Have a great day.