I made a vow to myself, a resolution of sorts, for the site this year. I was going to try and be less polemical. Seek the middle ground more often. And like any good resolution, I have failed at the first step. Failed because of the news coming out of Japan that their Supreme Court has unanimously voted to uphold a law that “forces transgender people to get sterilised before they can legally change their gender.”

My resolution fails because I don’t have a big enough imagination to conceive of a middle ground in this situation. I want to speak sensitively about this. I can understand that there are 2 sides to the Brexit debate and that both sides should be respected. But a justification for the sterilisation of people? Katelyn Ohashi isn’t flexible enough to perform the mental gymnastics required to make me see that this is a topic with 2 sides. I’m fully aware that the last sentence is clunky, but I wanted to put the video of Ohashi’s video in this article. This topic isn’t a happy one and we’ve earned some joy in our lives.

I want to speak to people whose first response is something along the lines of “it doesn’t affect my life so I’m not bothered”. We live in a world that has become increasingly polarised. This is obvious if you live in Europe, North America, South America, Africa, Asia or Australia (I can’t speak to Antarctica). This polarisation has led to the elective empathy that means people could read this and not feel that it impacts them. Apart from being a little callous, it’s wrong. I believe everybody is invested in the transgender community and this case reveals why.

The language in the ruling is extremely worrying. The judges acknowledged “the legislation was invasive and should be reviewed regularly as cultural attitudes shift over time.” The last part of that sentence is chilling. The average age of a Japanese Supreme Court Justice is 69, with the youngest being 65. Whilst it is difficult to find specific statistics about transgender people that are separate from general LGBT statistics , these numbers are still revealing:

Those numbers would suggest that the cultural attitudes have shifted; it’s just the Supreme Court hasn’t noticed. A homogeneous group is likely to have certain biases and prejudices; that isn’t a problem. It becomes one when they have the power to codify those biases and prejudices.

Something else that needs to be remembered is that when the rights of minority groups are ignored, it ends badly. Every single time. The slaughter of Jews, Romani people, gays, transgender people and ‘undesirables’ in World War 2, groups that were all minorities, is history’s most terrible reminder that what happens to minorities impacts on the wider society. The Supreme Court’s ruling enforces a pernicious idea that transgender people are ‘other’. And this gets to the heart of the matter; the big questions that needs to be answered: why do so many societies criminalise people for the identity that they choose? Why are some people’s bodies policed in a more fastidious way than others? Because this isn’t just an issue in Japan. 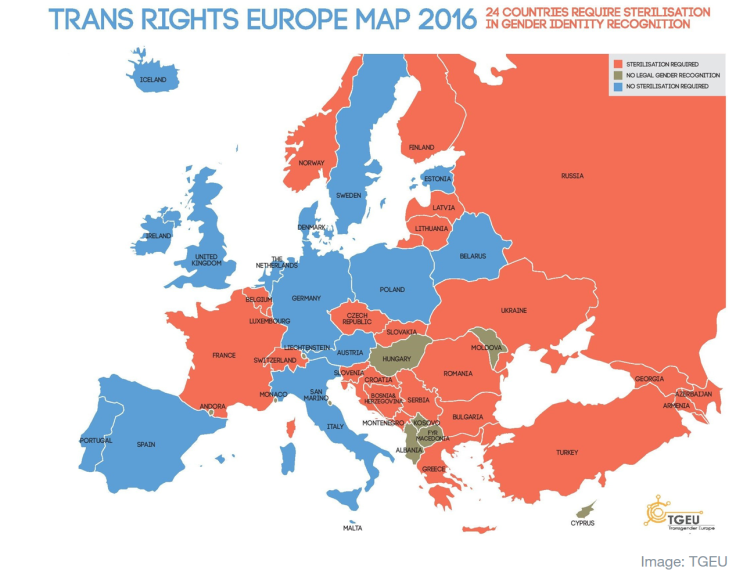 The issue is the notion that the gender roles that we identify as ‘normal’ are the way that things have always been. For that to be the case, we would have to ignore fa’afafines in the Samoan diaspora, nádleehís and dilbaas from the Navajo nation, māhūs in Hawaii and Tahiti, sekratas in Madagascar, ashtimes in southern Ethiopia, köçeks in Turkey, feminiellos in Italy (takes deep breath) sistergirls and brotherboys in Australia, calabais, calalais, and bissus in Indonesia, baklas in Philippines, aravanis in Tamil Nadu, acaults in Myanmar, kathoeys in Thailand, fakaleitis in Tonga, the ninauposkitzipxpes in the Blackfoot confederacy and the muxhe in Mexico. That’s 6 continents where “the way things have always been” does not support the 2 gender axiom that is prevalent today.

The Japanese Supreme Court is right. Culture shifts over time. Often, it can feel like the present is a remixing and celebration of the best bits of the past. In the last year, I have played on a SNES mini, seen people wearing bell bottom jeans and listened to music that unapologetically apes the sounds of a bygone era (I’m looking at you Greta Van Fleet). Far from being something new, transgender people are as old as, well, people. And if judges and governments continue to try and restrict the rights of people based on their gender, they will be consigned to the dustbin of history.