This is the first World Cup I have fully invested in since 2002. That year was defined by Ronaldo, the Brazilian great creating a redemption narrative that has been the bedrock of many a great story. It was also defined by his hairstyle, but that is another story for another day.

Brazil beat Germany 2-0 thanks to a brace from Ronaldo, a fitting return to the peak of the game for a player that was only ever toppled from the summit by injury. It is fair to say he represented the hopes of a nation and in him, a generation of Brazilians were able to see themselves.

This World Cup captured my imagination. I experienced the familiar yet painful disappointment of being an England fan, the joy of supporting the underdog – especially Croatia – and the realisation that we are living in the dawn of the French footballing empire.

The final was cinematic. Croatia were Rocky, France Apollo Creed, and, I imagine, the French fans who had expected a coronation were like Creed’s trainer:

I thoroughly enjoyed the final and felt simultaneously sad for Croatia and happy for France. Like all sporting events it was enhanced by social media. I wrote something, which I thought was fairly innocuous that set off something of a firestorm. That thing:

I thought it a funny tweet and one that highlighted that France’s victory was based, in large part, on its, er, complicated history with Africa. I wondered if a lot of French children would be able to celebrate the victory all the more because they could see themselves in Pogba, Mbappe, Kante, Fekir and Griezmann, players that looked like them and had similar origin stories. It was light-hearted and not at all intended as political commentary. I wasn’t prepared for the outrage (because Twitter never has any? – Ed)

I found the response to my tweet interesting, especially in the light of France’s decision to remove the word race from its constitution. It is difficult to reconcile the stated aims of the decision that

…since race is a made-up social construct, it doesn’t exist and the word should therefore be taken out.

Or how Jean-Marie and Marine Le Pen have won millions of votes in French elections over the last 16 years by advocating for the Français de souche (or old-stock French).

I think that the French Coach, Didier Deschamps, spoke well about this topic when he said:

“It has always been the case that the French team has always had players from Africa and from other countries and territories, and not just in football but in other sports…They are all French and they are all proud to be French…but through their origins, through their childhood, they have friends, they have families in these countries so they have a certain attachment to these countries and a certain pride that these people will see them play in a World Cup Final.”

The truth of his statement is unquestionable. Nabil Fekir was born in Lyon to Algerian parents. Is it so difficult to believe that the sight of Zinedine Zidane (himself of Algerian descent) holding aloft the world cup in 1998 meant more to a young Fekir because he had a similar story?

The main thrust of criticism that I received for the tweet was that I was “othering” the players of African descent and somehow diminishing France’s victory. Not so. As someone who has a lineage that goes back to Africa via the West Indies, my otherness was a source of pride for me as a child. People like Tessa Sanderson, Linford Christie(both born in Jamaica), Ian Wright, Curtis Walker and Chris Eubank (born in England to Jamaican parents), Meera Syal (born in Wolverhampton to Punjabi parents) and Felix Dexter (born in St Kitts) were heroes to me because they were British and like me. I didn’t consider them ‘other’ to British, because British to me always meant black, brown and white, because that was what I had grown up around in my formative years. “Other” can only have a negative connotation if you see the mixing of cultures and races that make up France as a bad thing. To not point out the heritage of those players is to whitewash that heritage – and that is the real problem.

I’ll finish with this image: 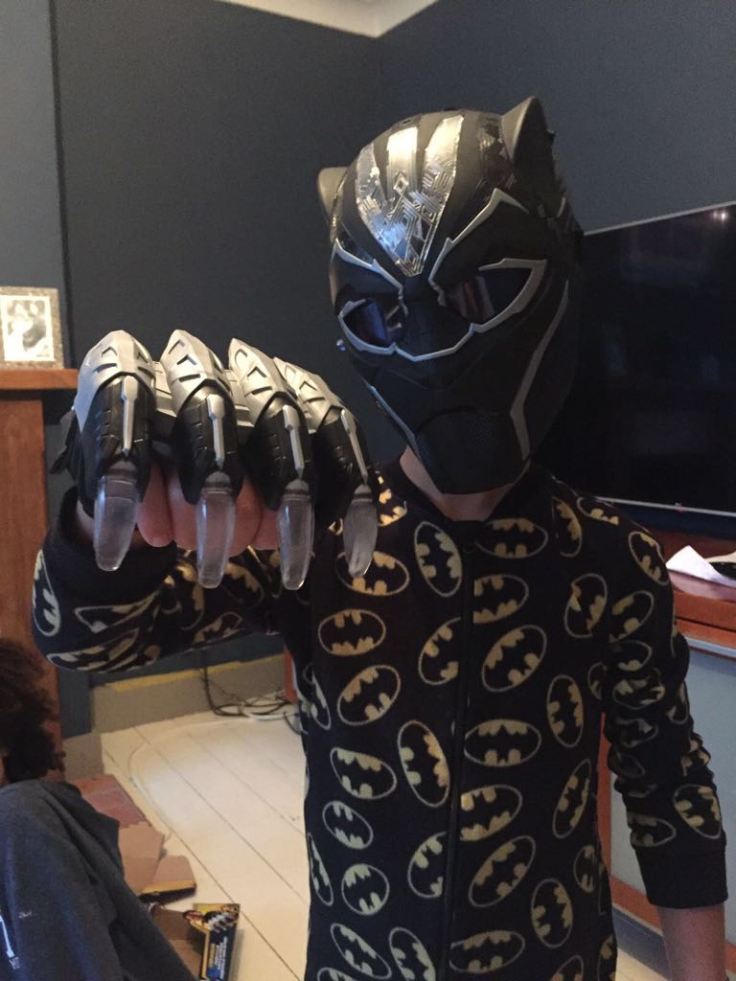 This is my nephew. He is biracial and for his birthday got a Black Panther glove and mask. It is his favourite superhero. He is proudly British. I watched England’s first World Cup with him and he was enthralled. I asked him who his favourite player was. His answer? Jesse Lingard. Coincidence? If the French constitution is to be believed, probably.