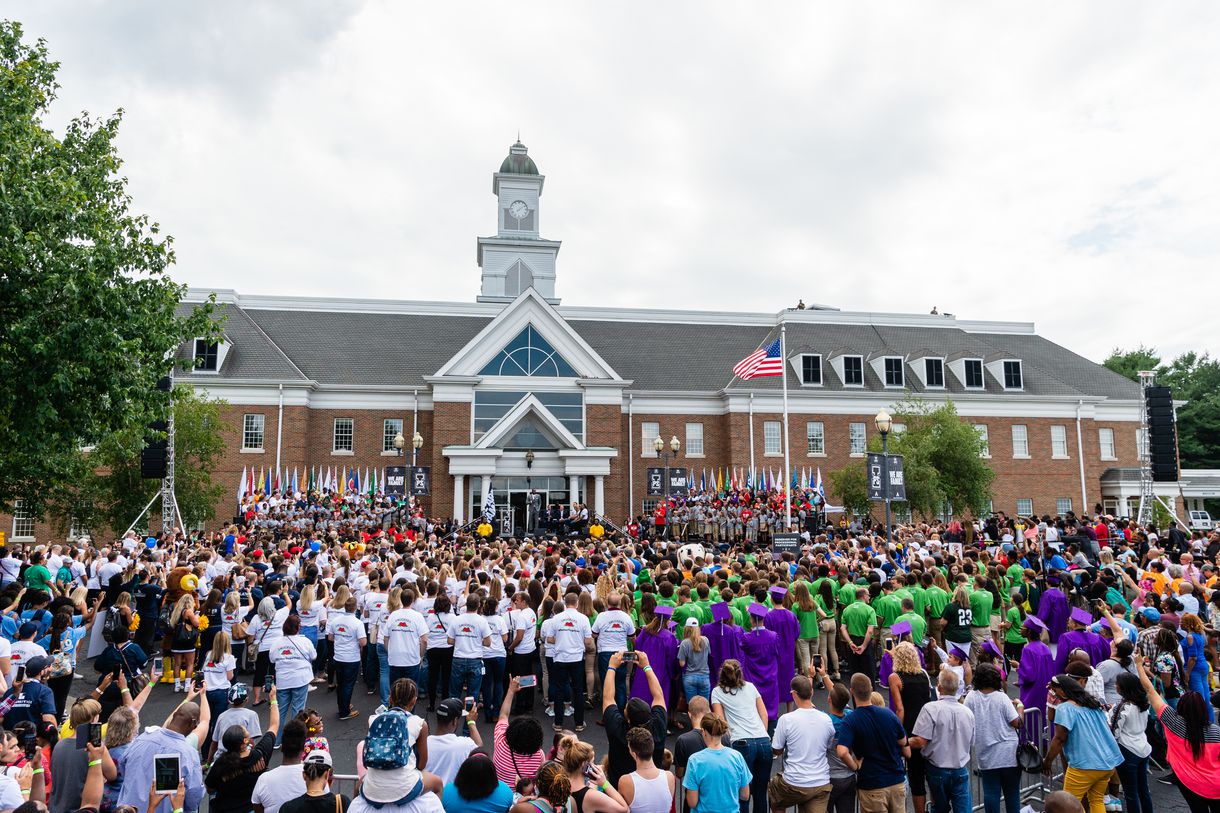 In 2001, if you had said that Usher was the second coming of Michael Jackson, you wouldn’t have been laughed out of the room. His second and third albums, My Way and 8701 combined to go 10x platinum and won him a handful of Grammys. His dancing during the instrumental section of the U Remind Me video could have been lifted from any of Michael Jackson’s videos post-Bad. Of course, if you made the comparison today, people would look at you with bemusement. Usher dominated his era, but Michael Jackson transcended his. In that same vein, LeBron James is the greatest basketball player of all time. There isn’t a debate. He will transcend in a way that his peers won’t.

James has opened a school in his hometown of Akron, Ohio, called I Promise. It is set to take in 234 children identified as at risk and gives them, and their families, an opportunity they otherwise may not have. He isn’t the first sportsperson to give back to his community – respect to the Jalen Rose Leadership Academy, among others – but he is the most high profile.

Lemme circle back. This is far bigger than just providing an education to at-risk elementary students. This is an attempt to level the playing field. This is breaking generational curses. This is, in my opinion, extremely revolutionary. https://t.co/Vz8F6ThXqZ

James, unlike Jordan, has never been afraid to speak his mind and speak out when he sees injustice. This matters when defining greatness. Muhammad Ali was a great boxer, but his legacy is a combination of his work inside and outside the ring. The same is true for Kareem Abdul-Jabbar and Jesse Owens. These athletes were the best players in their respective sports. They endure because they used their sport to try and elevate people. Whether through his support of these children, his denunciation of Donald Sterling or his speaking out about police brutality, James has, time and again, risked upsetting sponsors and those that would tell him to “shut up and dribble“. It is this risk that elevates him off the court to the level of GOAT.

To be clear, I am not a millennial who believes that everything is better now than it was back in the day. I started watching basketball when Jordan dominated the league, when Barkley, Robinson, Shaq, Payton, Penny, Miller and Ewing were faces of the league. I’m from the NBA Jam generation.  I remember staying up late to watch NBA games on Channel 4 and being mesmerised by the speed, grace and skill of the players. Nostalgia is a powerful thing: it is why I will happily play Streetfighter 2 rather than the Streetfighter 5. I much prefer Streetfighter 2: it is a simpler game. But better? No. No it isn’t. When looking at the on court contribution of James, his record is insurmountable. I’m not going to bore you with stats, but he is on track to score, rebound, assist, block and steal more than Jordan.

Those that know basketball will respond with “what about championships?” and suggest that Jordan is greater because he never lost in the NBA finals, whereas James has lost 5 times. Well, since they want to cherry-pick stats, I’ll do the same. James is the first player of the modern era to appear in 8 straight finals, make 14 straight All-Star teams and 10 straight All-NBA first teams. He also did this to help his team beat one of the greatest teams of all time.

Basketball is a team sport and James has suffered with subpar teammates (with the notable exception of his Miami run and first 2 years in his second stint with Cleveland). James, like Jordan, has reached the level where his greatness on the court cannot be questioned.

Off the court though? James is running rings around Jordan and every other modern player. Happily married? Check. Involved and loving father? Check. Fashion sense of a dad? Check.

Some may ask what his marital status has to do with his greatness? And to that I would say that outside of the Obamas, the Washingtons and Blackish, it is almost impossible to find a black man in a happy marriage in popular culture. It helps break down stereotypes and that matters.

Michael Jordan changed the sport of basketball. He, along with Magic Johnson and Larry Bird, helped make it the billion dollar sport it is today. He made hundreds of millions of dollars for himself and Nike and mostly stayed apolitical. LeBron has dominated the game, being the undisputed best player at a time where we have a number of the greatest players ever playing. Where he separates himself is that he leads on and off the court. He is the greatest, and I think I know of at least 234 families in Akron, Ohio that would agree with me.