Earlier this year I wrote a piece called “A Defence of the Gammon Community“. It was well-received and I shared it with a friend of mine, who hadn’t read it, last night. After reading it, she sent me a message with a criticism that made me think. 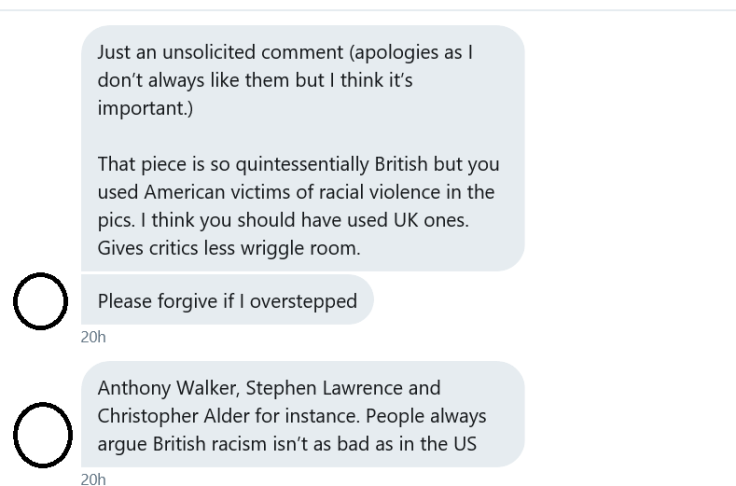 She didn’t overstep. She shone a needed light. In my post, I used pictures of Philando Castile, Michael Brown and Trayvon Martin to make the point that it is outrageous when people are judged and killed because of their skin colour and appearance. My friend’s point was that by using American examples, I was helping to perpetuate a myth that racism in America is the only western racism there is. 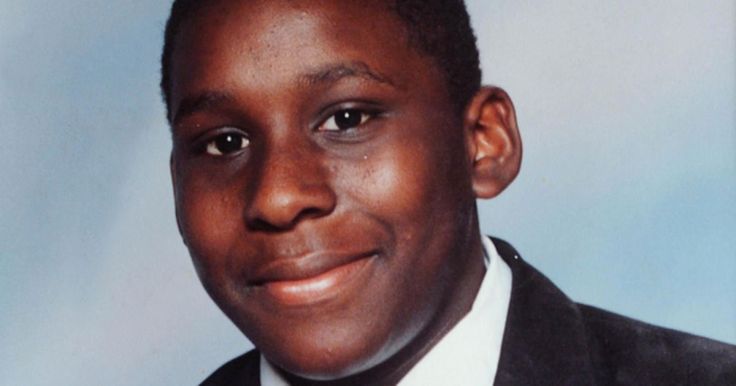 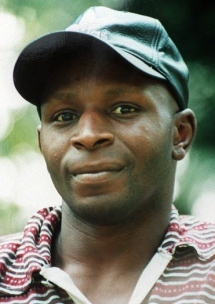 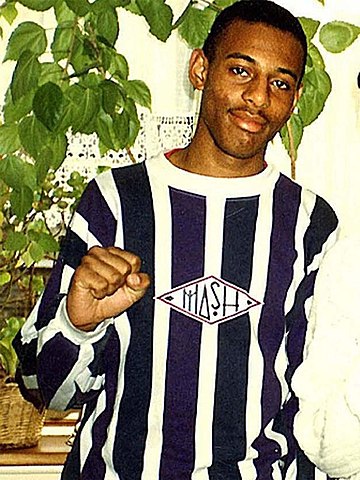 The African Caribbean experience is this country is analogous to the African American experience. The reason we don’t perceive it as such is because Britain historically has run a flawless PR campaign which has obviated its role in racism. This isn’t just a black/white thing either. I never learned about the English Civil War in school. Why? Maybe it’s because over 40% of the Irish population was killed. Or maybe it’s because under King James, England actively sold Irish people into indentured servitude (if it walks like a duck and quacks like a duck, call it slavery – Ed). And yet, if you ask people on the streets of England, they have no idea about this. They can tell you about Hitler and Stalin and how bad they were, but nothing about a key passage of British history. I wonder why?

If we look in the world of literature, we see racism there as well. Or we would if there wasn’t a concerted effort to whitewash the work of problematic authors. In that same article on gammon, I wrote about the importance of Enid Blyton on my childhood. I had never read Mister Meddles Muddles and so never came across passages like:

Go to the kitchen,” said his aunt, angrily. “You are not fit to be here with us. You need to be taught more manners than the little black children. I am really ashamed of you, Meddle.”

I have read a lot of defences of Blyton’s racism, the majority of which highlights the era that she lived in.  I thought this comment was interesting:

She’s a Brit born and bred. Dates 1897 -1968 that means she was probably proud of the Empire and then watched it disinegrate (sic), plus she survived two world wars. Agreed she must be understood within the context of her times and agreed that doesn’t make racism right but it does show how entrenched it was.

The use of the past tense in the final sentence belies the fact that this country has never reckoned with its racism. I know this because I know many people that have read Mr Meddles Muddles and they had never seen that passage either. It has been purged from her works, allowing her to remain a British literary figure of nobility, her fans blissfully unaware and the collective head still firmly in the sand when race is mentioned.

My late grandfather was part of the Windrush generation. The British invited him over to help “rebuild the mother country” (to be clear, they were talking about Britain – Ed) after the war had destroyed large swathes of the country and killed much of the British workforce. They were not welcomed like guests. One BBC programme said:

At least the BBC has reformed 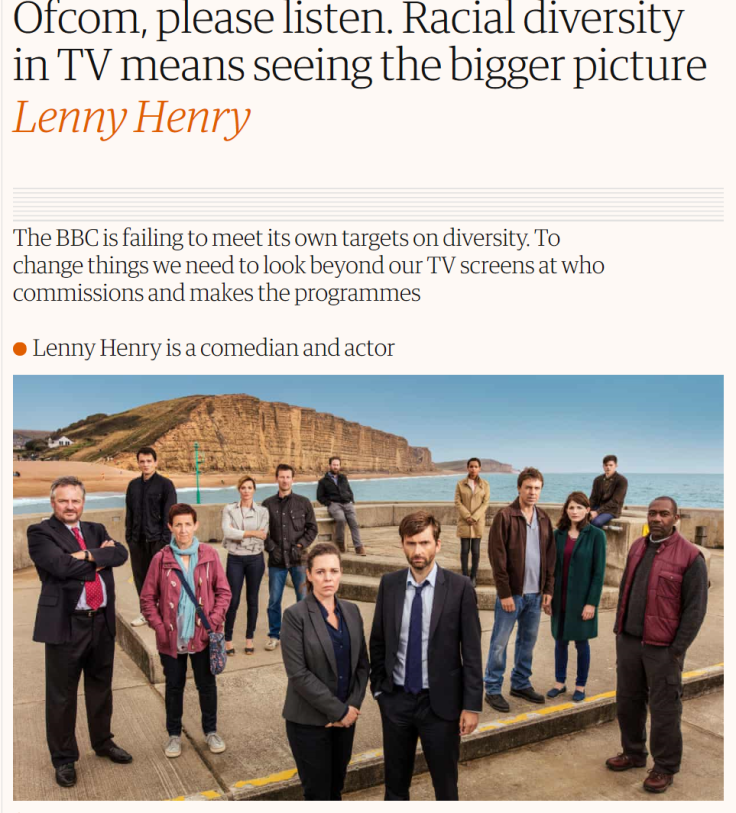 It is 25 years since Stephen Lawrence was murdered and 3 of his killers are still free. They killed him in a frenzied racist attack and their names were known to the police within 24 hours. The Macpherson report made it clear that the police force was institutionally racist. That racism allowed 3 men to literally get away with murder. In that, and so many other respects, Britain is exactly like the United States.

In many ways it’s worse.

My friend called me out and was right to. By showing pictures of American racism, regardless of the country I talked about, I was an unwitting agent of the PR machine that absolves this country of many of its racial sins. I have focused on African Caribbean and Irish racism, but could have focused this article on the Romani people, South Asians, East Asians or people from the Balkan countries to make the exact same point. There is an air of respectability that surrounds British racism. It isn’t considered as endemic as it is in America, where, most people would agree, the history of racism is fraught. That said, I am willing to bet that there will not be an African Caribbean Prime Minister in my lifetime. Oh well. At least we have Meghan Markle in the Royal Family. That will have to do.

One thought on “Racism Is Bad In America. It’s Worse In England”